On June 10, the USA beat reigning world champions Germany 3-2 in their own backyard, backing up a victory over Holland five days earlier, and all seemed rosy in the garden of Jurgen Klinsmann.

Fast forward five months, and those roses have started to wilt. The joys of summer have been replaced by the concerns of autumn, with it possible that a winter of discontent lies ahead. 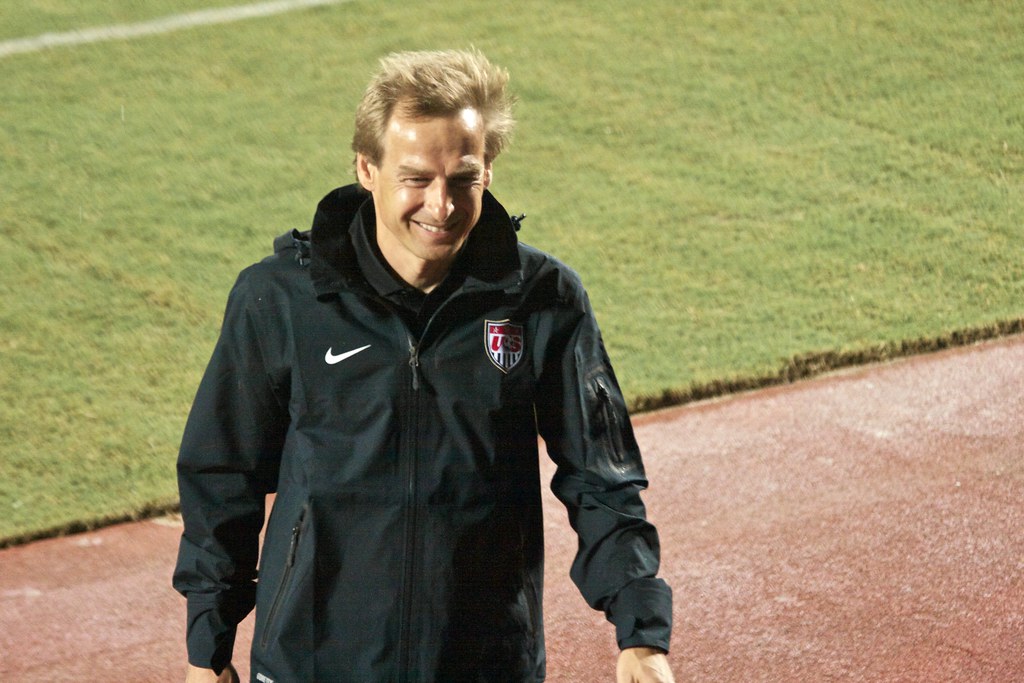 A semi-final showing at the Gold Cup was the least that was expected, but failure to overcome Panama – for a second time in the competition – in the third place play-off rather compounded the misery of a last-four reversal against Jamaica.

We will bounce back !! pic.twitter.com/muJ7NDp8Ls

Few shoots of recovery have been seen since then, with a crushing defeat to Brazil exposing major flaws which still had not been ironed out by the time the final whistle blew on a 1-0 setback against Costa Rica last time out.

Add into the mix failure to overcome Mexico in the 2017 Confederations Cup play-offs and the struggles of USA’s U23 side in their quest to qualify for next summer’s Olympics in Rio de Janeiro, and you start to realise that the wheels have started to come off the international bandwagon in spectacular fashion.

Klinsmann, unsurprisingly, has faced his fair share of tough questions of late, with reports of internal struggles behind the scenes, as the German wrestles to retain technical control of proceedings, doing little to aid his cause.

All of this must, however, be put to one side as the USMNT approach the start of another long and winding road.

The 2018 World Cup in Russia may be some two-and-a-half years away, but the first steps down that path are due to be taken in the coming days.

It is almost unthinkable that the USA will fail to make it to an eighth global showpiece in succession – a run stretching back to 1990 – especially with three automatic qualification spots up for grabs in the CONCACAF section and a further place in the inter-confederation play-offs. Klinsmann, though, has found himself backed into a corner and knows anything less than a faultless surge towards Russia will increase the pressure being shovelled onto his shoulders.

It is for that reason that they must get off to the best of starts.

A home date with St Vincent and the Grenadines is, on paper, the kindest of opening fixtures, but international football betting markets are likely to be a lot tighter when a trip to Port of Spain is made to take on Trinidad & Tobago on Matchday Two.

That should, in theory, be the biggest test facing Klinsmann’s side, so were they to kick things off with a six-point haul, they could then enter a four-month hiatus – with action not resuming until March 2016 – content with their work, able to enjoy their Christmas and believing that they are firmly back on track.

Anything less, though, and the probing questions will return, a break in proceedings will offer a window for uncomfortable reflection and tough calls may be made regarding in which direction the nation takes on and off the field.