Former Manchester United player Ryan Shawcross has entered an agreement with Stoke City to have his contract with the club terminated as he edges closer to a move to Major League Soccer giant Inter Miami now managed by another ex-United player Phil Neville. 33-year-old Shawcross signed for Stoke City after leaving Manchester United back in 2007 and established himself as a first-teamed, making more than 400 appearances in the process. 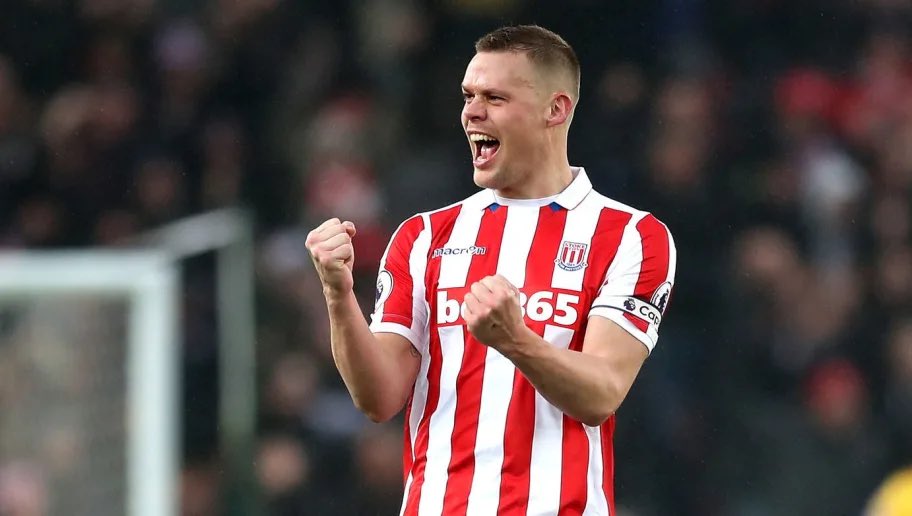 Stoke City released a statement regarding the development as they confirmed that the player has departed the club and wants to fulfill his heart’s desire of wanting to play for a foreign club abroad in the United States. The update comes ahead of the new Major League Soccer season starting on the 3rd of April later this year.

Shawcross was an important player for Stoke City during his time there and even helped the side clinch promotion to the English Premier League in his debut season at the club. He was also a key member of the team that found their way to the FA Cup final back in 2011, although they lost the title to Manchester City in a 1-0 loss, with former City midfielder Yaya Toure netting the only goal of the game.

However, he never became the same player he was after he, unfortunately, broke his leg in a horrific injury in July 2019. The major factor that led to him deciding to leave Stoke is as a result of the fact that he has been restricted to just two appearances this season and had to come off the bench on those two occasions.

Terry Scholes, the chief executive at Stoke, has hailed the veteran defender’s time at the club, insisting that the Red Devils youth academy product was always a role model to younger players and that he maintained pure and outstanding leadership skills.